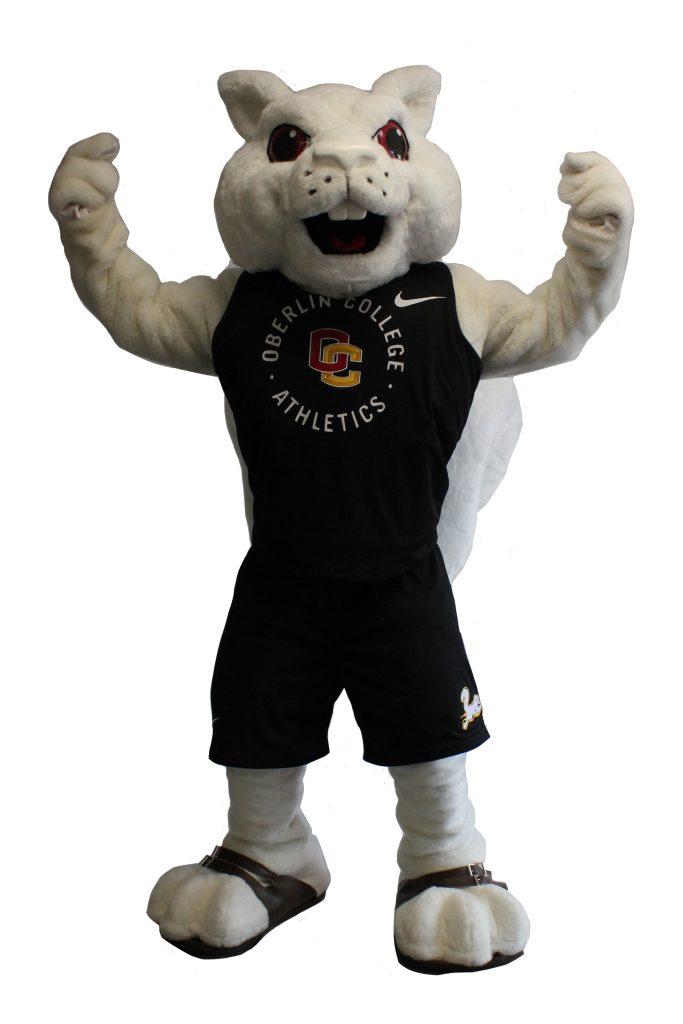 Oberlin’s new albino squirrel mascot had an early orientation of Oberlin over the summer of 2019 and officialy earned its name of Yeobie on October 5, 2019 during halftime of the homecoming football game. There were 397 total naming submissions with the top six going up for a nationwide selection that featured 868 total votes. 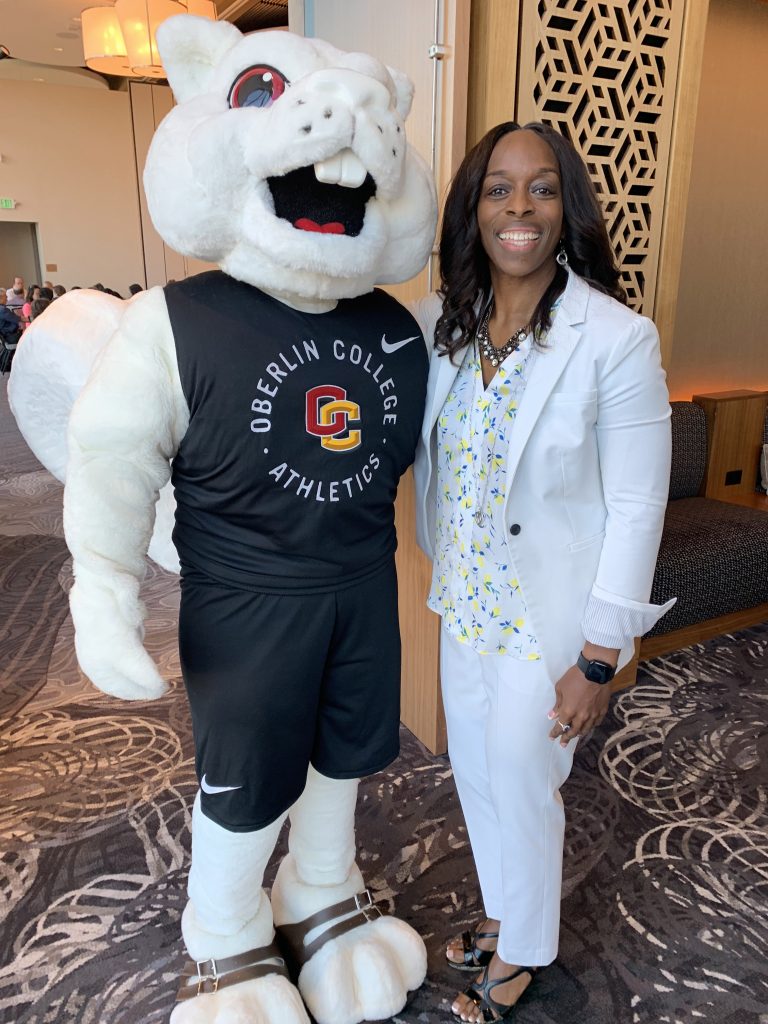 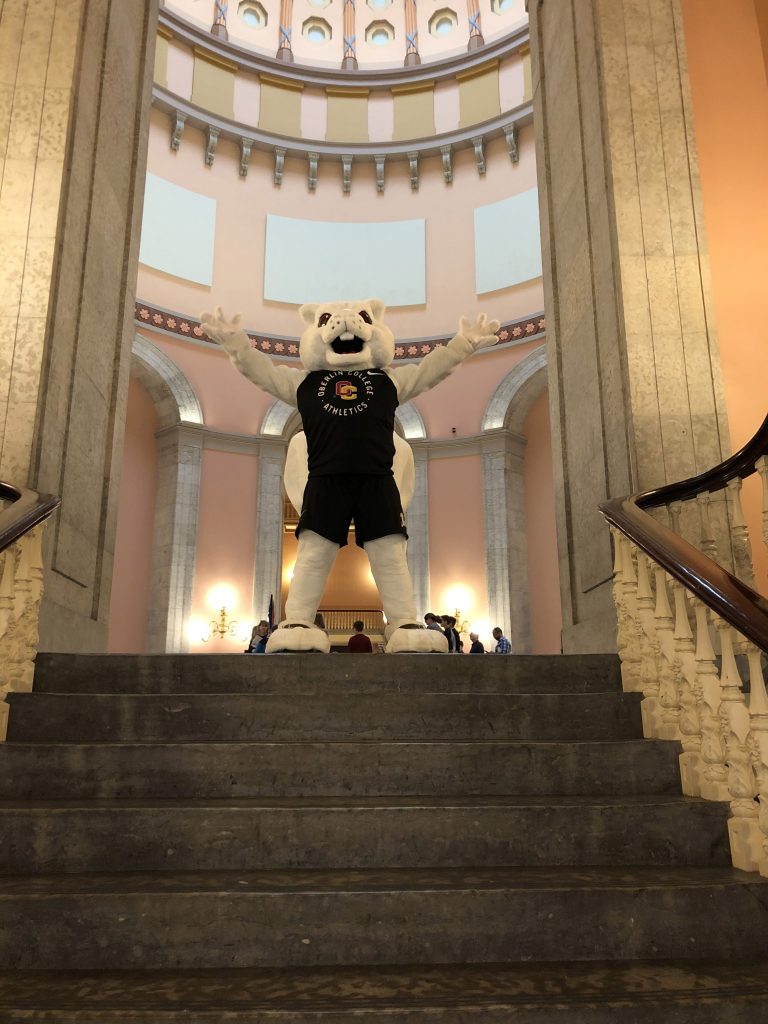 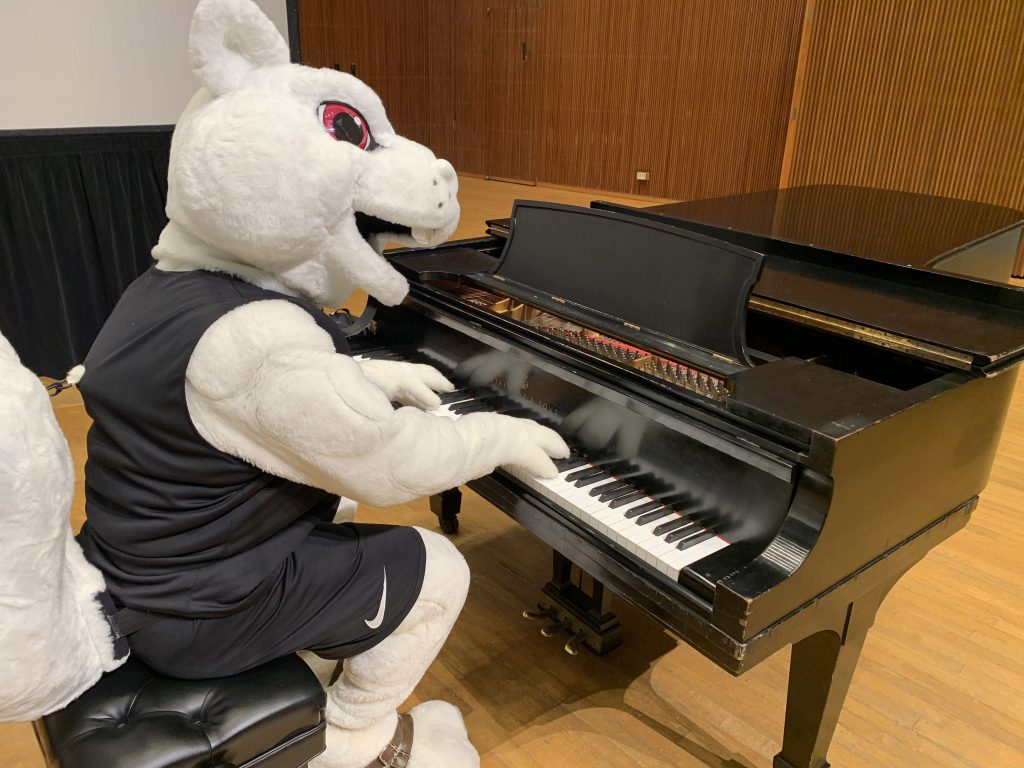 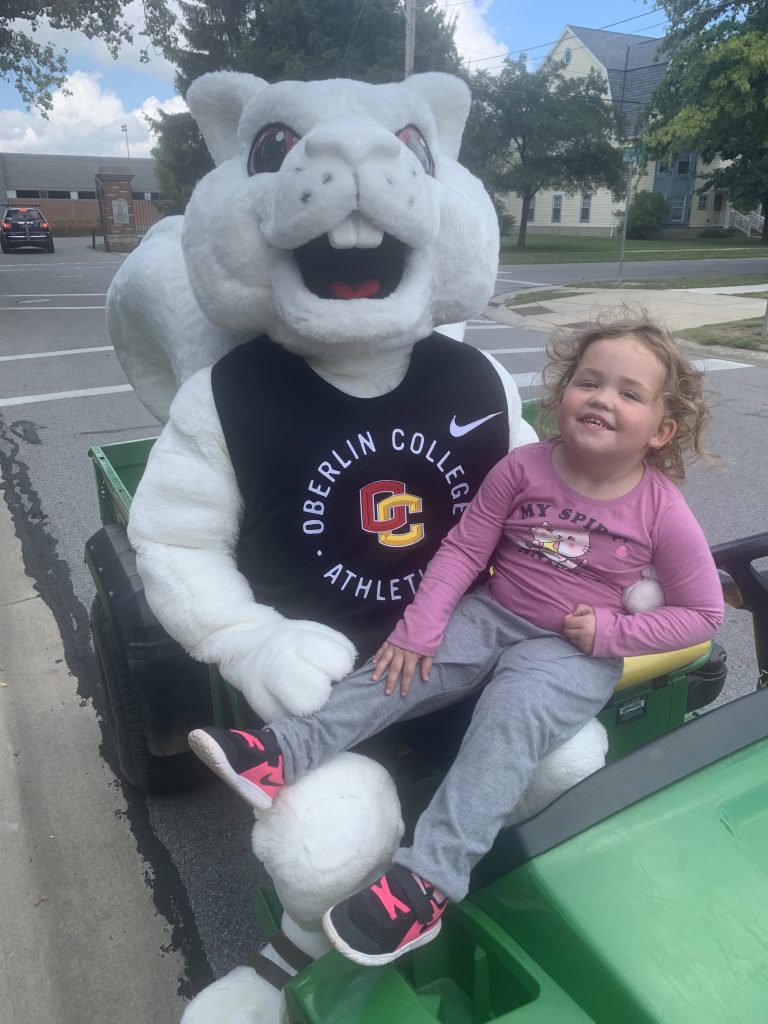 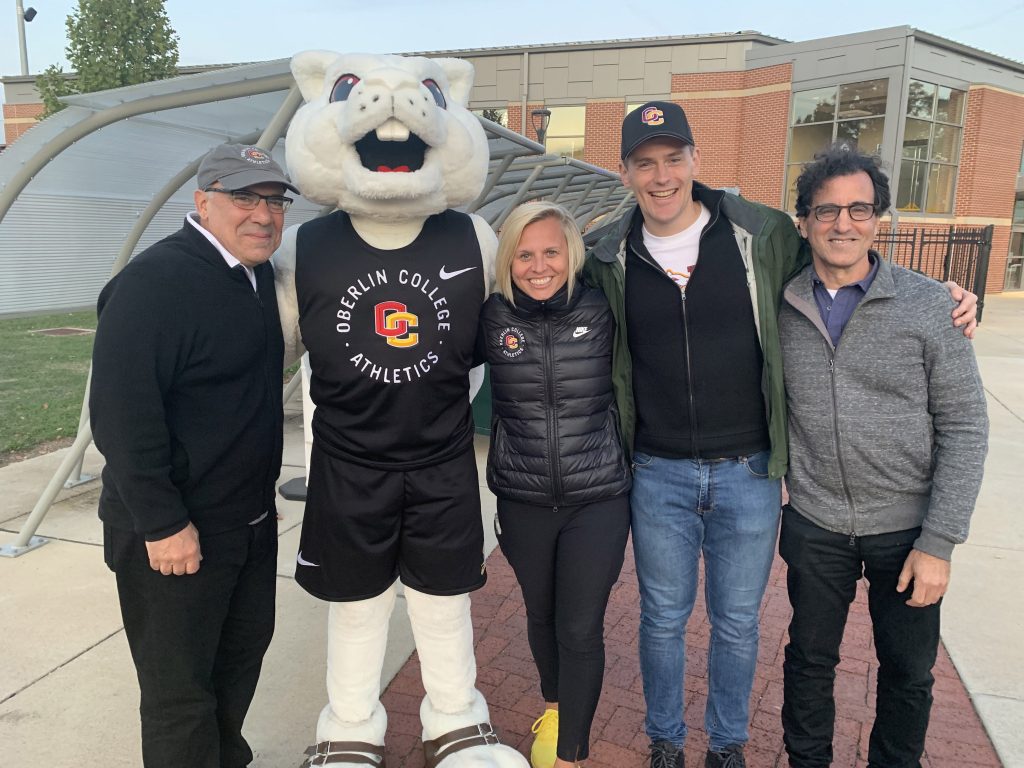