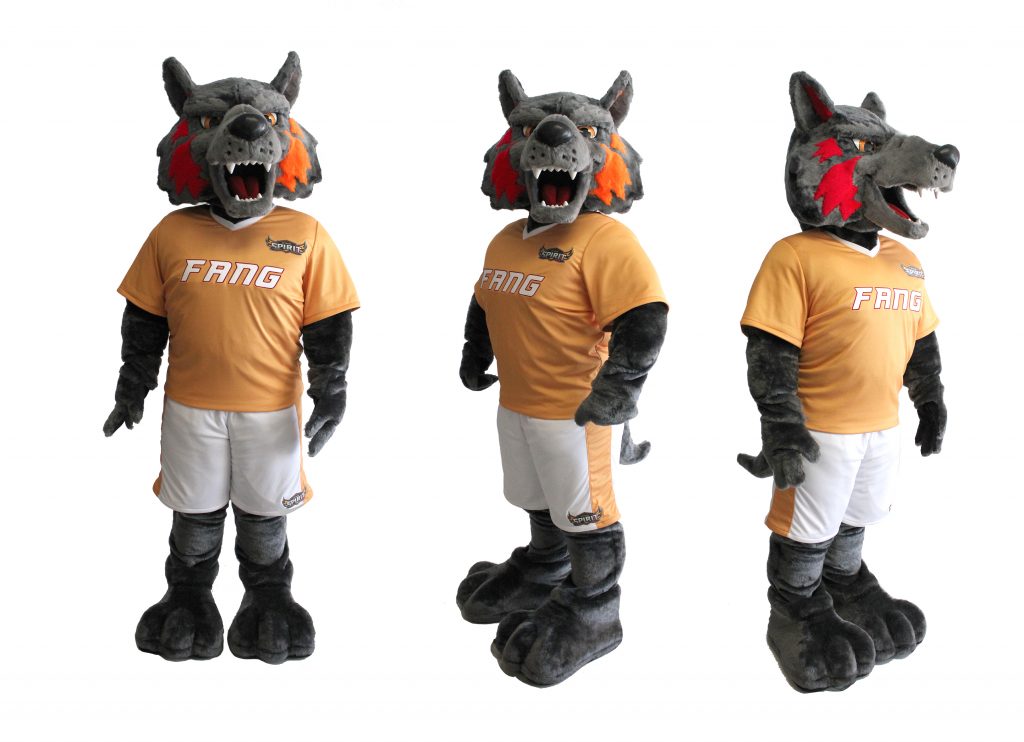 THE LEGEND OF FANG

For many years in the West Valley of the Phoenix metropolitan area, near the City of Surprise, Arizona, in the White Tank Mountain range, there were rumors of the sighting of an apparition with wolf like features.  Seemingly neither man nor beast, the creature was large, powerful, agile, and cunning.  It moved quickly and decisively, but seemed to fear no person or no animal.  At once it could instantly appear, then just as quickly, disappear.

While no person could state with assurance that they had ever seen the creature devouring prey or otherwise feasting on any other animal, dead or alive, everyone commented on the pointed fangs protruding from the creature’s otherwise finely shaped head.  Certainly, those fangs had some purpose, with many openly praying that those fangs had nothing to do with them.

Normally silent and stealthy, the creature appeared and then disappeared on and off for years.  Many people in the West Valley and in Surprise in particular, commented often on the howling thought to emanate from this creature—often late into the evening—howling in such a way that they concluded the mournful sounds could only be that of a lone wolf.  A lone gray wolf perhaps?  A lone gray wolf with red and orange facial streaks?  Oh my!  Perhaps a remaining example of what had sadly become an endangered species struggling to survive in the vast and beautiful Sonoran desert landscape.

After a decade or so of hearing stories about the spirit like wolf creature, leaders from the City of Surprise, concerned for the welfare of their citizens but very curious about the voracity of the stories they had heard, launched an investigation.  The investigation revealed that yes, indeed, there was ample evidence of the wolf like spirit creature and that further study was merited.  Was this animal real?  What was its purpose?  Was it a danger?  Where did it reside?  Did it have special meaning of some sort?

After an international search for experts on such matters, the City officials settled on the wise and experienced faculty, students and staff of their new prized partner university, OUAZ, and asked them to conduct a study on behalf of the City.  Being very grateful for the support of the City in establishing its new residential flagship institution for higher learning, members of the University leadership team immediately accepted the assignment and agreed to pursue the study at no cost to the City.

A student, faculty, and staff task force was formed by the Chancellor of the university under the able leadership of the OUAZ Provost, Dr. Dennis Tyner, and work commenced.  The ADAWE team was dispatched to help.  Much research was done, readings conducted, and two teams of field investigators were dispatched to make their own observations.

Months passed.  After all, students were known to procrastinate on assignments at times, and alas, the spirit wolf study was no exception.  But finally, one of the field investigating teams was successful in making and recording observations of the creature.  Personal witness and video surveillance confirmed that, indeed, the creature was in fact real.  It was gray and black.  Had orange and red streaks on its face.  And it had mighty scary looking fangs.

At first, the students on the team were sore afraid of the creature and kept their distance.  But then a very strange and unexpected thing happened.  Instead of hiding from the OUAZ student observers, the creature seemed to seek out contact with the humans.  Even following them on a couple of occasions back to the OUAZ campus.

Getting up their courage, two of the students, with written permission from Dr. Barnes and the Student Affairs Staff, actually approached the creature.  To their very great surprise in Surprise, the creature—shy and a bit elusive at first—responded in a most affectionate way.  Obviously, this wolf was lonely and seemed only to desire a home where it could be cared for.  Where it could do what was deeply innate within its being—to protect—ferociously if needed– those it loved.  Soon, other students became comfortable with the animal, as did coaches, faculty, staff, and other members of the community as well as a grateful City Council.  The Council even declared that August 23 of each year would henceforth be declared “Fang Day”.

With enthusiastic support of all involved, the fearsome spirit wolf apparition was eventually formally adopted by the OUAZ family.  He was named Fang after a search for just the right name.

Soon, a beautiful new athletic complex was constructed on the campus.  Shirts and other apparel featured Fang.  His fame spread as did the reputation of the university and its many athletic teams.  A student cheer was created and the students formed a Wolfpack of supporters.  Today, at every OUAZ athletic contest, the Student Wolfpack can be seen wearing their Fang shirts, heard howling their approval for Spirit teams, and challenging all comers right there alongside Fang.

Fang had found a home at last. 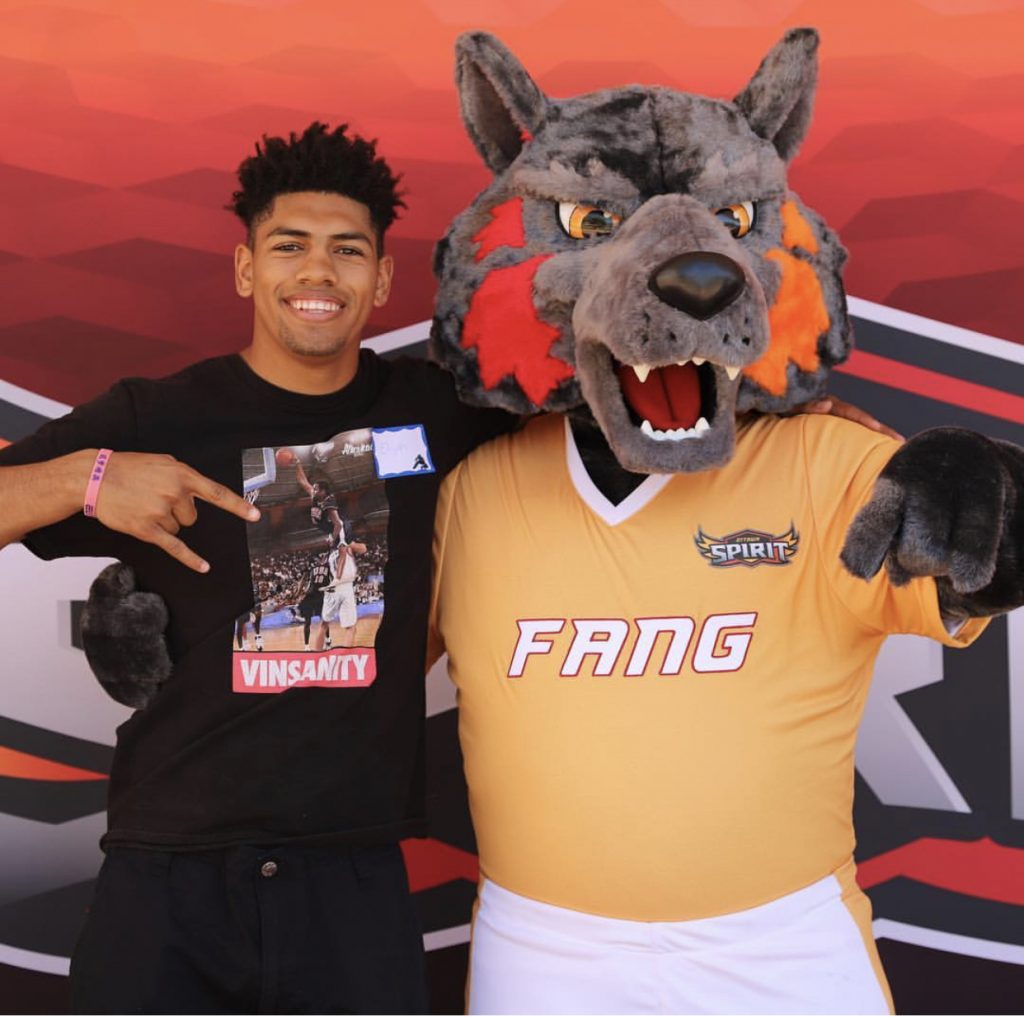 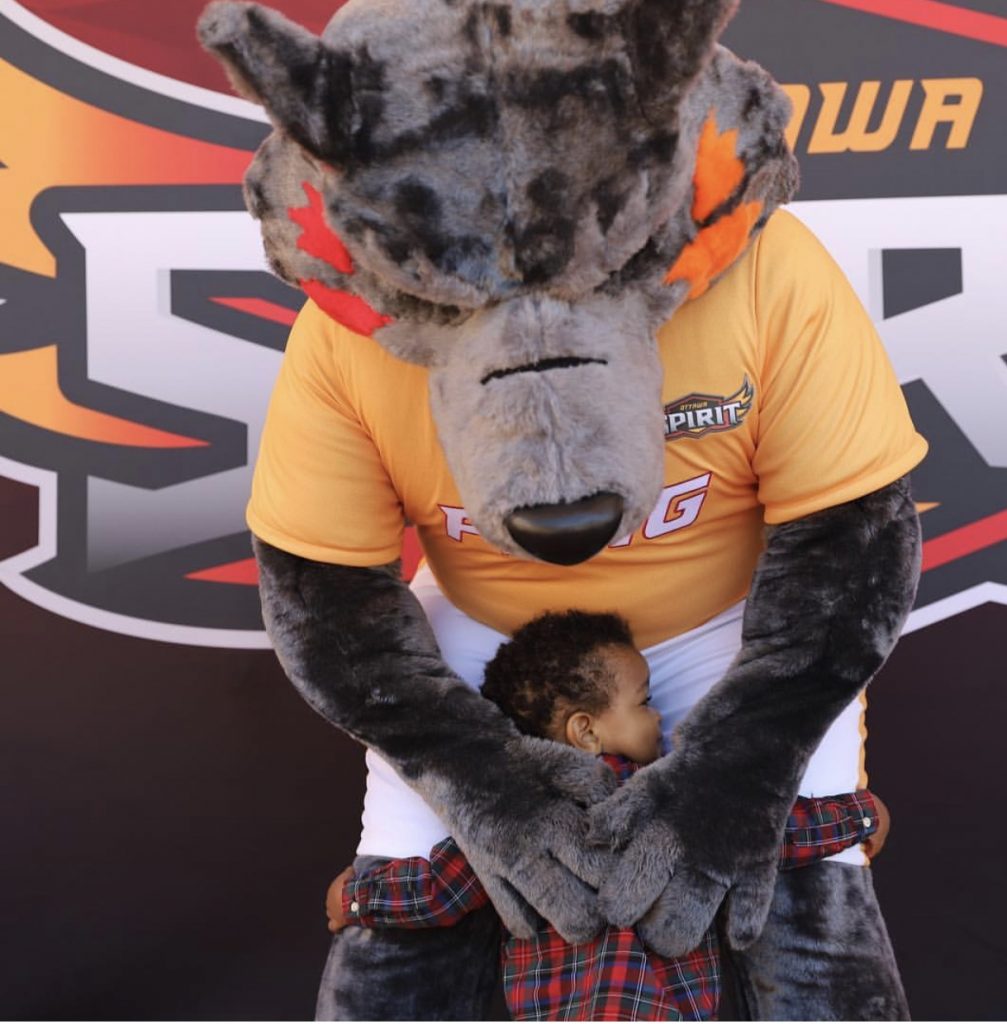