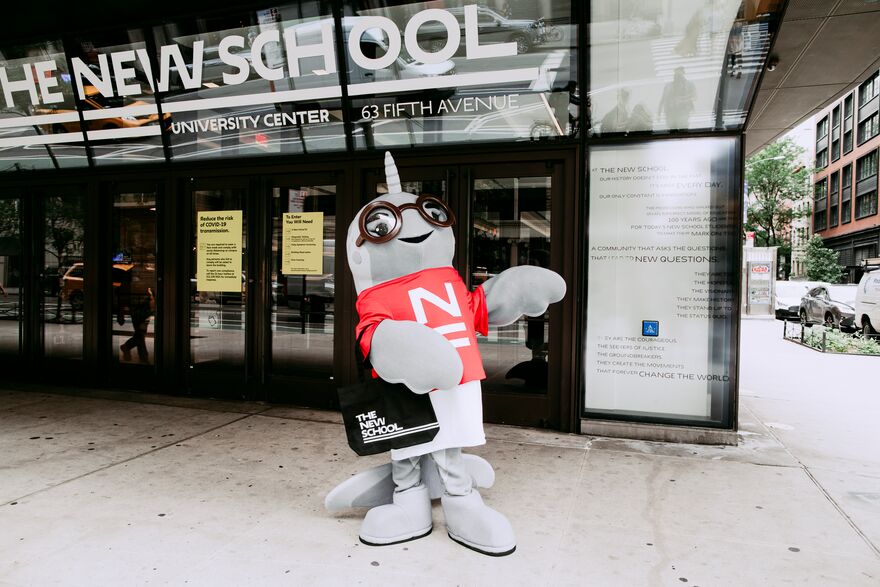 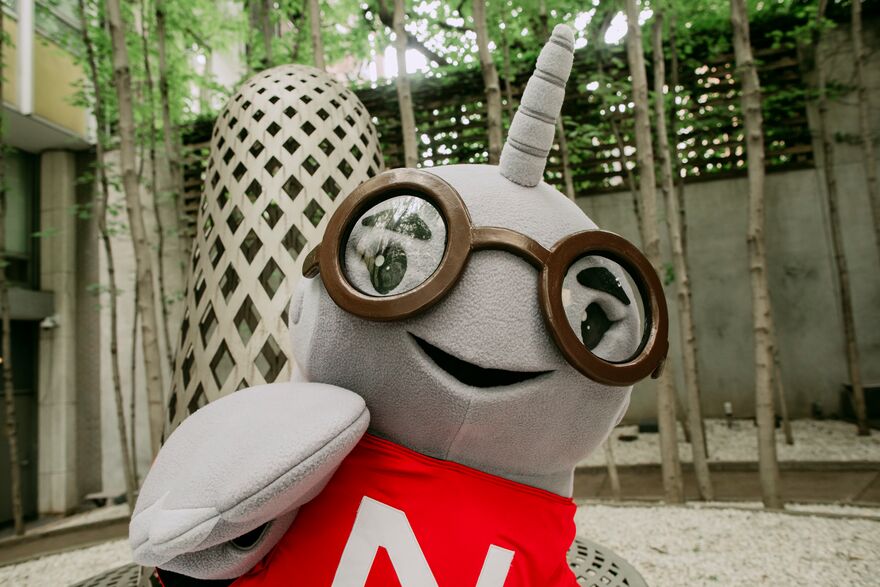 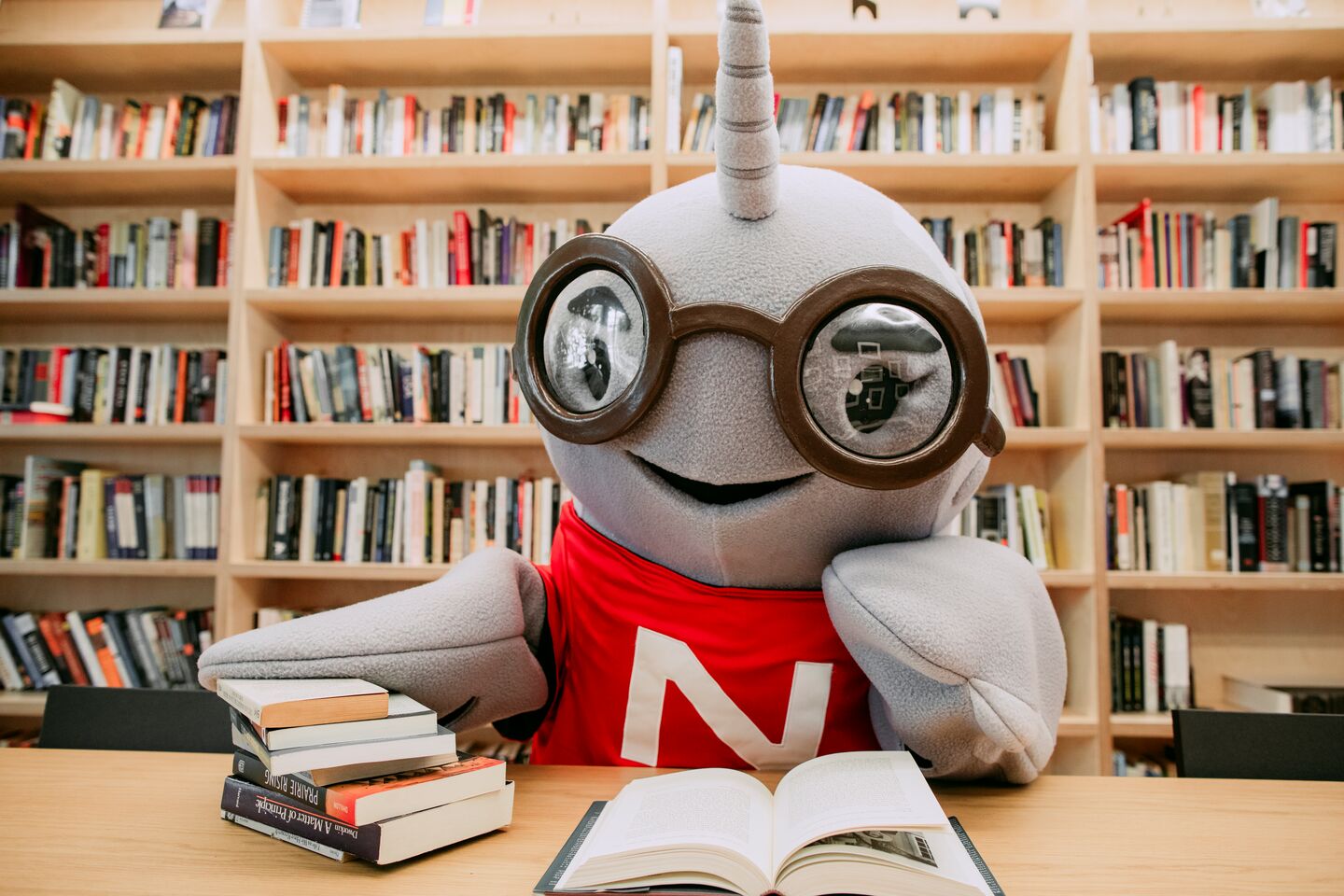 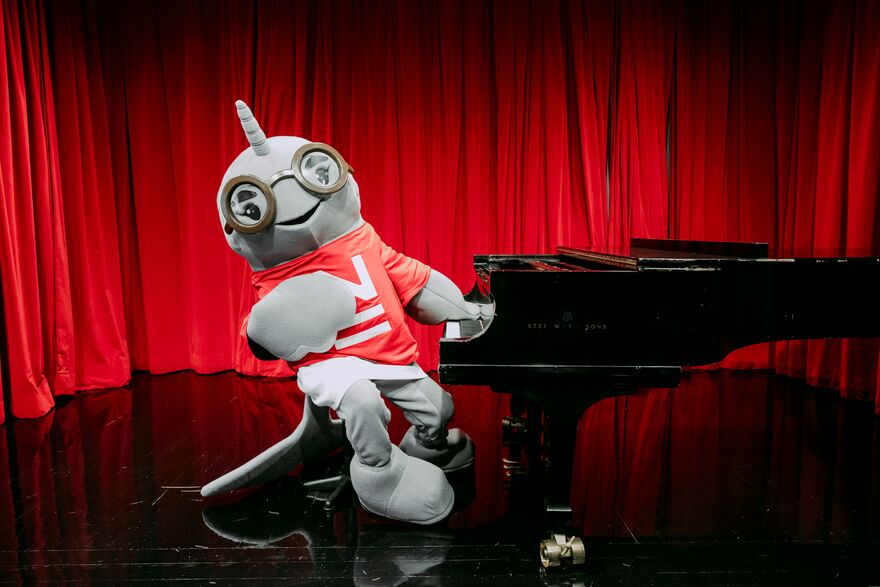 Gnarls Narwhal (they/them) is the official mascot for The New School, a social justice advocate, and the first and only sea mammal to earn a BA/BFA dual degree from The New School. Gnarls is a Pisces. Gnarls was born in the Arctic depths of the North Atlantic Ocean somewhere between the Baffin Bay–Davis Strait area, near Greenland, and Svalbard, Norway. By the time Gnarls was 12 years old, the Arctic home of the Narwhal family had seen distressing levels of ice loss. This environmental catastrophe forced Gnarls’ family into a lengthy journey to find a hospitable alternative to their familiar frozen waters.

At age 18, still adventurous but now an adult narwhal, Gnarls floated their way to New York City, eventually landing near Chelsea Piers, on the island of Manhattan. There, through random encounters with dancing students in a course called Vogue’ology, Gnarls was directed to The New School, a place the students said was “a good fit for anyone with a passion for social justice who might be a little … different.” Gnarls was intrigued. That fall, Gnarls enrolled as a first-year student at The New School, where they were able to pursue their love of art, academics, athletics, activism, and every combination thereof. The New School’s interdisciplinary curriculum strongly appealed to Gnarls and led them to pursue a BA/BFA dual-degree, studying Communication Design at Parsons and Environmental Studies at Lang.

Gnarls has had a profound uniting effect on the New School community. Shortly after
graduating, they were asked to return as the university’s “sea mammal–in-residence,” serving as an advocate for students and promoter of all their scholarly and extracurricular activities, an attendee at political protests, and an ambassador for oceanic life-forms. You might see Gnarls out and about on campus at various New School events, greeting new
students during Orientation Week, or posing with random pets on the street. Wherever Gnarls
might be, you can easily track them using the hashtag #wheresgnarls on social media.